I am trying to execute this command

and I get the following error :

Although this says my JAVA_HOME is invalid, but I don’t think so, I have it installed and I’ve added it as environment and System variable

What do I do? Please help 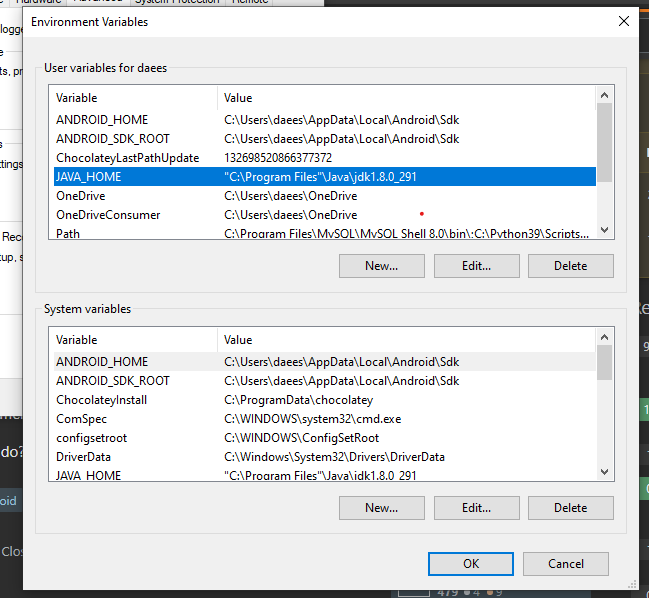 I simply uninstalled all the versions of JDK and then installed V1.8 again and it worked