However, when I build the app for the client to test (using Codemagic), the push notifications are not working on iOS (it does on Android). If it works on my development environment but not on Codemagic, that means everything is configured correctly except for Codemagic’s build, right?? 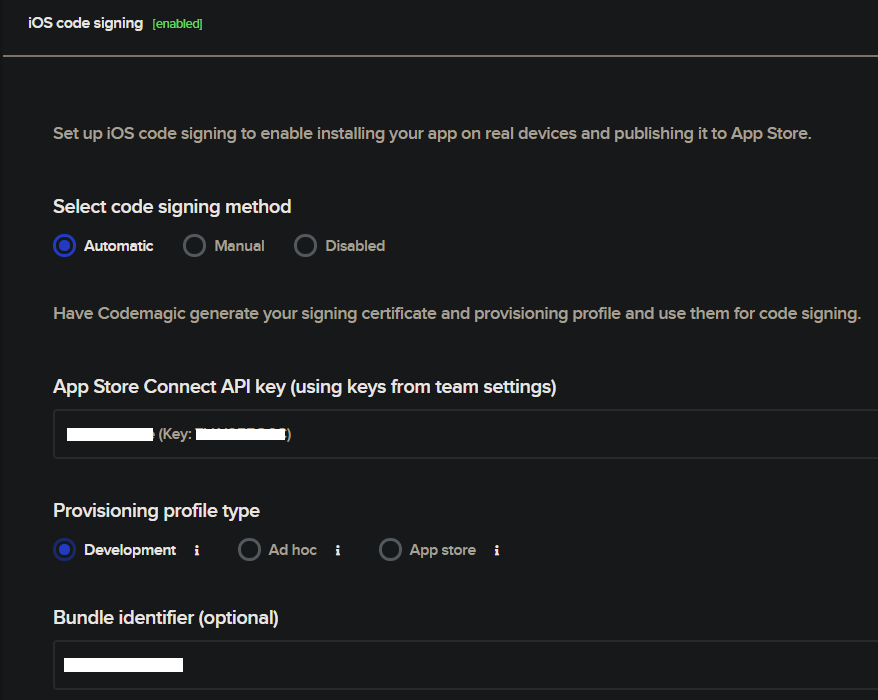 I don’t think there’s an additional configuration to be done on Codemagic besides connecting the apple developer account. But if I had done a mistake connecting the account, then the team wouldn’t show up when I’m building the app I suppose.

Also, when I try sending a push notification via Postman using the FCM token generated by the iphone, it returns “NotRegistered“.

So what am I doing wrong?

Please, any help would be greatly appreciated.

In case anyone is having the same problem. I solved this simply by not using Codemagic for iOS deployment. I followed this guide instead: https://flutter.dev/docs/deployment/ios and deployed the iOS build on Apple’s TestFlight.

The push notifications worked great on iOS after installing the app from there.