I have tried the answers at here & here to no avail.

After installing Android Studio & Flutter on Windows 10, when I run flutter doctor, I get the following:

Following the flutter instructions and running <pathToSDKManager> --install "cmdline-tools;latest" (Which for me is located in <pathToSDK>\cmdline-tools\latest\bin) results with:

I haven’t been able to find any documentation on this other than that I need to install some version on Java and add it to my path. The https://flutter.dev/docs/get-started/install/windows page mentions “Make sure that you have a version of Java 8 installed and that your JAVA_HOME environment variable is set to the JDK’s folder.” and then states “Android Studio versions 2.2 and higher come with a JDK, so this should already be done.” but doesn’t elaborate further. 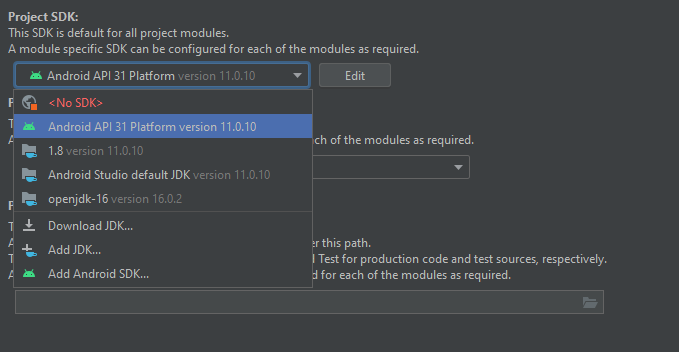 You can follow the below steps in order to ensure proper working of your flutter project: your sdk manager should look something like this: 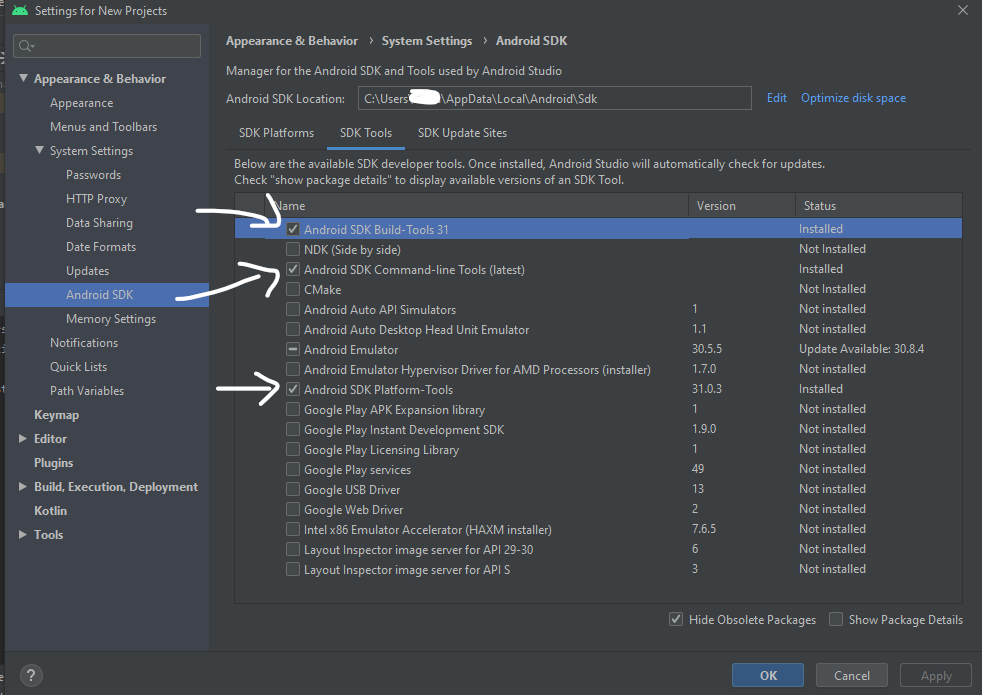 and make sure every tools must be of same latest version in order to avoid any error as there might be new updates later on.

if anything above didn’t worked out make sure you have set the proper JDK/JRE locations in environment variables in system settings of windows:

Add below path in your System environment path variable for user variable as well as your system variable:

the above three paths should be added in your user variable path check two screenshots attached below for proper path settings. I have added android studio’s tools path also so do that as I have done in screenshot.

This one is for user variable path: 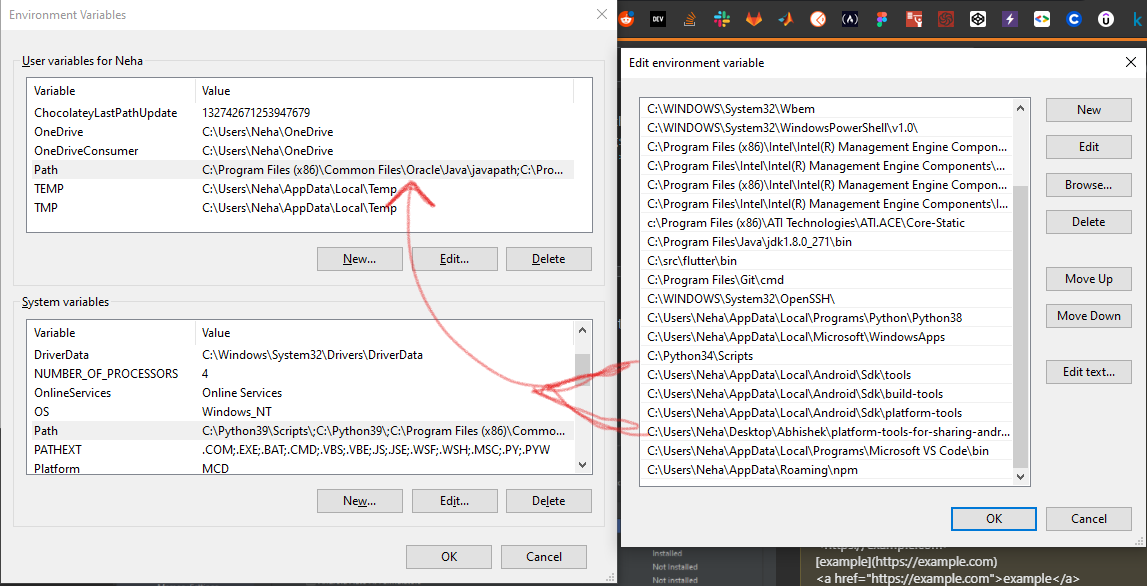 This one is for system variable path: 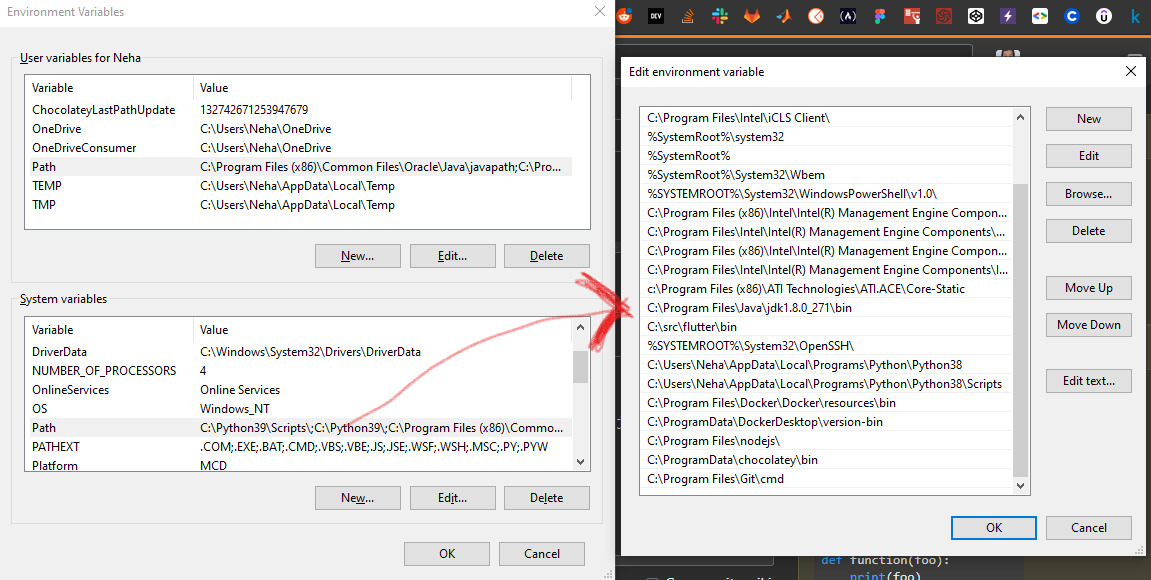 Follow source to learn more about setting the path for java: